After a very cold wait in line outside of the Oxford Playhouse, we were finally seated with good places. The playhouse holds a striking likeliness to our very own TEDx PARIS venue, Le théatre Pierre Cardin. After a good introduction from Bruno Giussiani (TED Europe), Chris Anderson made his usual quote : "And now, it's time for TED!". And so it begun :-)

First was Joseph Nye speaking about geopolitics : power transitions, power diffusion, the rise of NGOs (both Oxfam & Al-Qaida, which did more casualties in NYC than Japan in Pearl Harbour), how cheap worldwide communications impact geopolitics. His good news was that "smart power" is officially one of the main diplomatic focuses of the Obama administration. 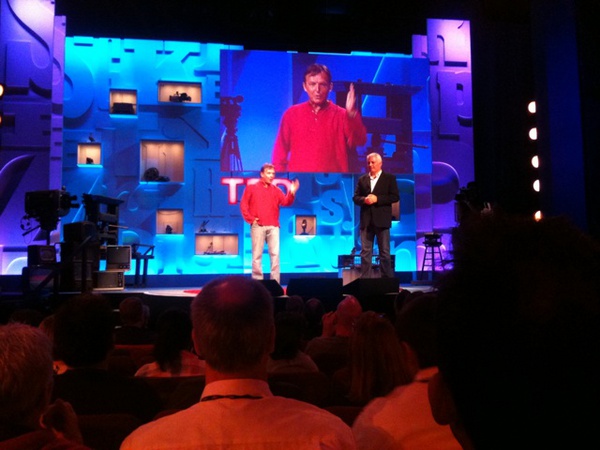 Next Sheryl WuDunn spoke about women rights and issues. She says 100M women are "missing" in the 3rd world from what we could expect from regular demographic data. She mentioned that the prices of slaves in history had never been so low :-/ She left us with a powerful quote : "We've all won the lottery of life", and it's our responsibility to use the means we're gifted with to give all the help we can.

Naif Al-Mutawa showed is "the 99" project, which is a crossover between Islam and comic books. After comparing superheros with prophets (most of them have lost their parents, have messages from above, ...) he showed how his series of comic books were trying to undo the harm done by those who twist religion for their own purposes. It was the first standing ovation of TEDGlobal, rightly so :-)

Then Nic Marks talked about happiness. "I have a dream that we can stop thinking that the future will be a nightmare". Hollywood likes to love this theme with apocalyptic movies like The Road. Environmental movements should also stop using fear. Quoted Robert Kennedy saying that "GDP measures everything but what makes life worthwhile". He then demonstrated the first great graph of the day in a very Hans Rosling-esque fashion : A graph of dots for each country with the axis being "Happy life years" and "Ecological footprint". The "winner" was surprisingly Costa Rica, at the delight of Roberto from TEDxPuraVida. He ended his talk with the results of a research about 5 ways of achieving happiness : Connect, Be active, Take notice, Keep learning, Give. Of course he pointed out that the ecological footprint of those 5 things is zero.

Finally to conclude this first "Global Century" session, Patrick Chappatte came to show a lot of his (mostly) political cartoons. They were just hilarious, and the whole talk was very, very well done with the ideal mix of humour, intelligence and perspective about the Danish caricatures controversy. Bonus joke : "Do you know newspapers? They are paper-based readers.". He was actually so great that our mission for the evening was to book him for the next TEDx PARIS :)

Then after a short break when I went to buy some Paracetamol (the TED lag! too much data for my brain...), the second session was on, this time about "Human systems". I spent this session in the simulcast area because I needed a more horizontal seating ;-)

Matt Ridley talked about "When ideas have sex". Exchange of objects is unique to mankind. He graphed the work time needed to buy one hour of nighttime reading light (from 1800 candles - 6 hours, to 2010 lightbulbs, 0.5 seconds). Explained how trade allowed for high specialization that were the basis of progress. "Louis XIV probably had 500+ people preparing his meals, and now we all actually do too!", when taking in account all the supply chain. Trade is 10 times older than farming. "There is nobody on the planed that knows how to fully build a computer mouse!". Collective brain : we're all neurons! Incredibly interesting stuff, loved this talk.

Steven Berlin Johnson explained how the architectures of coffeehouses made them a really good place for collaboration, new ideas and innovations. Ideas are born in chaos.

Peter Molyneux, famous game developer, went on to demo Kinect from Microsoft in his upcoming games. After a provocative "TV/Movies/Books are rubbish! They don't involve me.", we followed the interactions of a player with the Milo character. The tech was working, but I felt there was an opportunity missed here to go further in the demo which was a bit too linear for a control system so "unlimited".

Finally, Annie Lennox came on stage to perform a couple of songs alone on the piano. Big reaction from the crowd and her hit "Sweet dreams" as an encore. She seemed to have a good time and was hanging around with the other participants the other day anyway. That's one of the great things about TED, there's really no limit on who you're going to talk next ;-)

After the sessions wrapped up we went straight to the Grand Opening party, which was similar to yesterday night in awesomeness :) I met again with incredible people : former Head of Music for MTV, a producer for many Justin Timberlake music videos, a couple more TED Fellows (they are everywhere!), a few Frenchies I hadn't noticed before, plus giving direct feedback to past speakers which was a really easy way to engage in insightful conversations with them.

Then we moved to the Late Night party in a beautiful location, where the TED Fellows were greatly applauded. I had the chance to meet even more members from the TED team, they told me they are around 50 now, up from 25 a few years ago. Congrats on that, I hope it will give them the means to deal with the great challenges ahead with TED and TEDx. The night finished with a few amazing magic tricks by Jason Soll and yet more chatting with random TEDsters ;-) 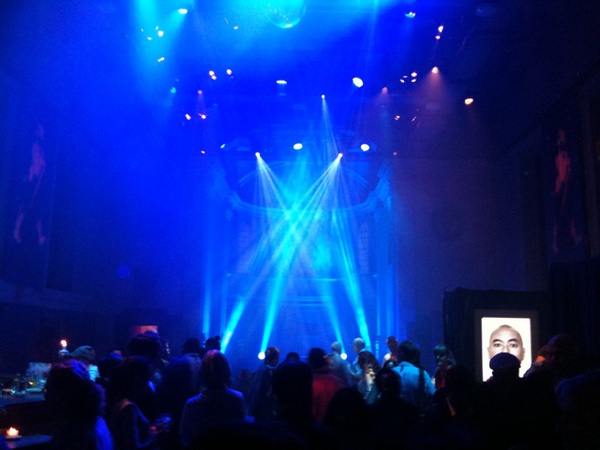