Just when the ninth session was about to begin, there was a power failure at the Playhouse. We were at the TEDx Club at the time but when we heard Kelly saying that the session was going to be delayed we rushed to the Playhouse because I suspected that Bruno or Rives would come on stage and make "filler jokes" ;-) 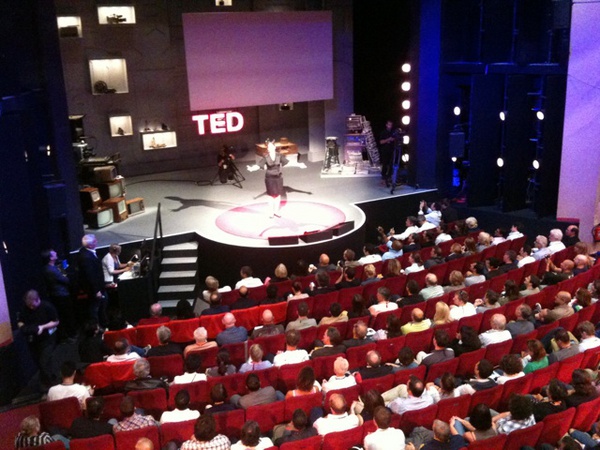 When we arrived a minute later, cameras, screens and mics seemed to be down. Bruno told the crowd they would need 15 minutes to get it fixed and Chris, at our delight, did what I expected: he called somebody on stage for an impromptu session. All the video system being down, that was going to be exclusive for us so we were actually quite excited ;-) In the 20 minutes or so they took to fix the system 3 people came on stage:

Genevieve Thiers who I didn't know at all sung a couple of Opera pieces without any preparation nor mic.. really impressive! Of course the audience received this performance extremely well and it seemed like nobody in the audience was too impatient to have the power fixed ;-) 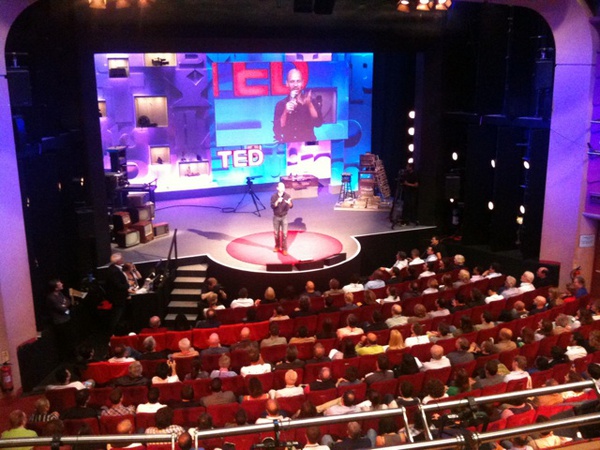 Then Maz Jobrani came on stage again with some hilarious material which in my opinion confirmed his title of funniest man at TEDGlobal this year! His quote will probably go down in TED's history : "Whoa. For a minute, we didn't have any technology here. We were just ... ED.". I absolutely love this guy and hope he will perform in Paris sometime soon (some of his videos on YouTube aren't as funny as what we saw though).

Finally TED Fellow Ivie Okoawo came on stage to perform one poem. She had already sung at the fellows afterparty, she does have a beautiful voice. With power restored the ED Conference ended and Session 9 began but it was definitely one of the most memorable moments of TEDGlobal this year. It confirms the fact that when you have so many intelligent and talented people in a room, nothing can go wrong ;-)

Bonus: still laughing from his set, we allowed ourselves some fan time with Maz at the pause ;-) (notice my unusually large smile...) 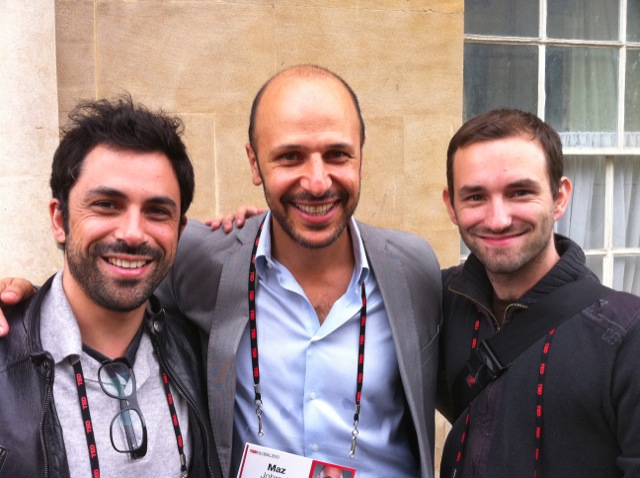