The last session began with a surprise speaker: Julian Assange from Wikileaks. Chris interviewed him about his achievements so far, including shifting 10% of the vote in the 2007 Kenyan election and lately the release of the infamous Bagdad shooting video. Why leak such material? "There are illegitimate secrets" Julian answered. "People in Bagdad, they don't need to see the video. They see it everyday.". Then he talked about Iceland who is becoming a safe heaven for free press. They are also working on a Nobel Prize for free press. At the end Chris asked the audience who thought of Julian as a modern hero or as a dangerous troublemaker. Modern hero won and even if I think "hero" may be a bit too much, you have to respect the guy for his courage and commitment. By the way, his talk was one of the first to be published on TED.com!

Next, Stefan Wolff talked about ethnic conflicts and civil wars. He wondered if all the pictures of current conflicts he showed on screen were to be pictures of the past. He argues there has been a decline in the number of conflicts since the 90s, due to institutional design, leadership and diplomacy. The subject was interesting but frankly the presentation a bit underwhelming because Stefan kept reading his notes too closely.

Then Eric Berlow did a short talk about the difference between complex and complicated. He showed how it was possible to find simple answers by raising complexity. He took as an example the NYT-leaked diagram for reaching popular support for the Iraqi government. An unholy mess of arrows but as he increased complexity and represented the graph in 3D, a simpler way to resolve dependencies emerged. Nice one! 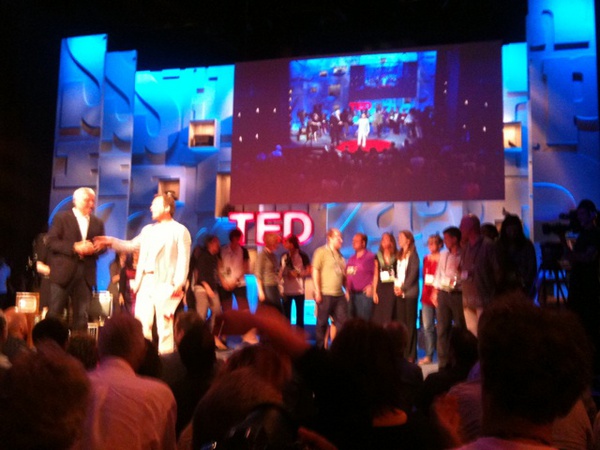 William Perrin, the ex-CTO of the Blair administration from what I understood, talked about his neighborhood in London, which although very central seems to have been deserted by law enforcement. He showed how he managed to return to some kind of local civic democracy by launching a low-tech blog, and making people join forces. He argued governments should pledge to make the Internet the first means of communication with people.

Mallika Sarabhai, who opened TEDIndia, danced and sung. Some parts of it I liked, some others not.

Finally, Zainab Salbi talked about her childhood under missile strikes. She emphasized the importance of women in wars and most importantly in peace.

This last session closed TEDGlobal 2010, we unfortunately had to leave without going to the final BBQ party because of travel constraints. Next year maybe! ;-)