By now if you’re as RSS-addicted as me you’ve probably seen the excellent “How to remain calm” Chrome OS video. Like the previous potato-powered Chrome ad, excellent job from the marketing guys at Google!

However this time with my fellow geeks at Jamendo we noticed an equation hidden at 2:23 in the video. We then proceeded to lose several hours of productivity running it through Wolfram Alpha... 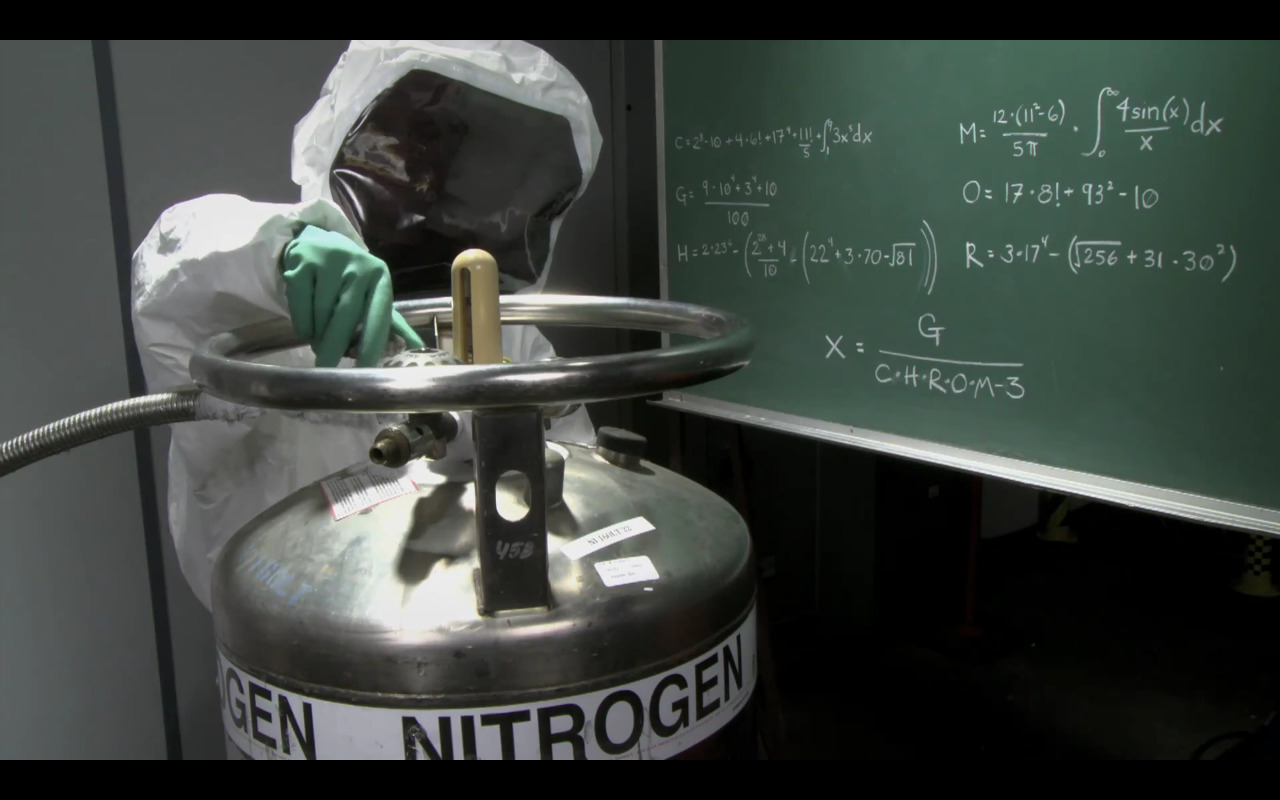 The first path we explored was in Physics, 1.66*10^-27 being the atomic mass constant u. Having X=2.83u didn’t make much sense: too far from 2.0x or 3.0x where the closest elements I knew are. Then my friend Joachim Rambeau tipped me off with an idea on “Chrome UX” being the name of the team that released the video. There was an X in there! With the equation X=(U/Chrome), U being the mass of Uranium (~238u depending on isotopes) and “Chrome” the mass of Cr-48 or related isotopes, we found ourselves very close to the 4.7 ballpark. I posted this as a comment in the video, without much hope of it being the definite answer.

So we left this for a few hours and got back to work. Funny coincidence? The current work at Jamendo is actually building a Jamendo Pro player on cheap Android tablets ;-) So we didn’t quite leave the Google world...

There, any geek would have known what to do! I translated it to letters and got “s p e e d a n d d e s t r o y”. Obviously, at this point my fingers were very shaky! But I managed to type goo.gl/speedanddestroy in my browser and got to a form telling me that I was the “first to figure out our MENSA-certified puzzle” and would receive a Cr-48. WIN ! ;-)

Here is a screenshot of that page: 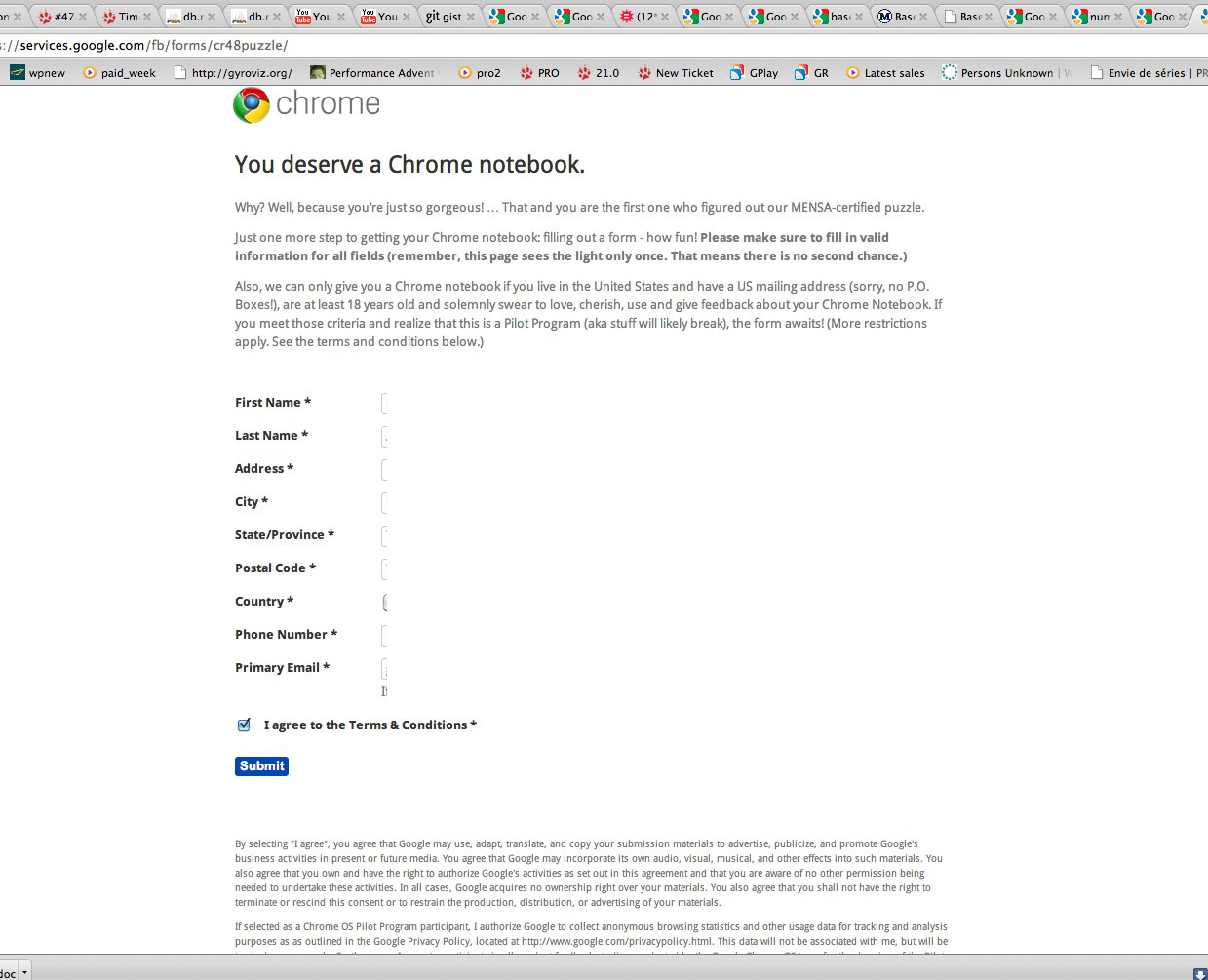 I think I was indeed the first because now the goo.gl link just says “The form you are trying to access has either expired or reached its maximum registration limit.”. Well, that’s pretty cool if you ask me ;-) (Funny details, while submitting the form, I crossed the Luxembourg/France border, the tethering went off and I started sweating they were going to check the IP address but I was still able to submit the form from France)

Big credits must go to the to the tech team at Jamendo: our genius lead developer Vincent who showed us the video first, our incredible Android hacker Mauro who helped me a lot with the actual equation, my fellow Jamendo Co-Founder Laurent and my own personal Physics expert Joachim Rambeau.

Anyway, congrats to Google for being such nerds. The video itself is really funny, embedding an easter egg is even cooler, and, well, most people I know including myself couldn’t go back to anything else than Chromium/V8 anymore.

I’m obviously quite happy to have won the Cr-48 notebook, I also hope Google may start giving a little more attention to Jamendo! If you pardon the plug, we’re the biggest Creative Commons music repository, and we’ve never succeeded inking a deal with YouTube about these hundred of thousands of CC music tracks (be it AudioSwap integration, proper CC attribution, revenue sharing, …). Let’s hope that will happen in the future!

PS: Hey Google, could we also have one of the destroyed notebooks to include in our gallery ? ;-)

PS2: The form says that I should live in the U.S. to receive the notebook but sorry that's not the case obviously! I left the address of a U.S. relative but I can't imagine it being a real issue just for one laptop. I'll keep everybody updated as I get contacted by Google.