Another great session at TEDGlobal this year. Tim Jackson wondered if our choice was to "Crash the system or trash the planet?". Where to look for hope in front of the maths that seem to make us hit the wall in a few decades? Is 2% annual GDP growth sustainable? How deep is the human need for novelty? Does it makes us happy? He showed a few ideas that could change how we could continue to prosper within the limits of a finite planet. Demoed ecosia, a search engine that saves 2 square meters of rainforest for each search. Sustainability doesn't mean we have to go back to the caves : investment can be a solution. 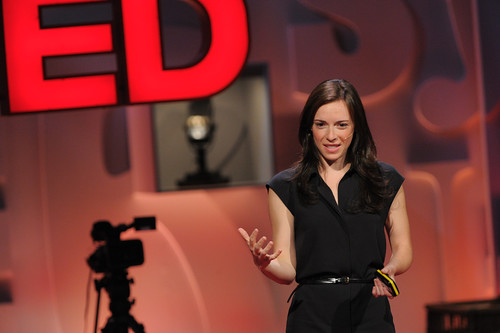 Jessica Jackley is the charming cofounder of Kiva, the microlending champion. She described her journey over the years, from her education to donate to poor people, to her life-changing encounter with professor Yunus after which she went to Africa to meet $100 entrepreneurs who actually taught her a lot about finance (at the time I didn't even know the difference between revenue and profit). This experience would lead to the creation of Kiva with her partner Matt, the rest is history. Kiva is now lending $100M+ a year which is ridiculously impressive. Other impressive sidenote she didn't mention on stage: PayPal has granted free transaction fees to Kiva. Never satisified, Jessica is now launching profounder which I understood to be a Friends & Family fundraising platform. The end of the talk was very emotional and visibly overwhelmed she said that more that everything else, it is believing in each other that will make tomorrow better than today. Jessica is a very talented and impressive individual: she really made a sizable contribution to the world and yet she remains easy-going and very humble. As I learned at my delight when talking to her afterwards, she also speaks some french! Good news for TEDx PARIS 2011 attendees? Can't say more ;-)

Next talk from Auret Van Heerden also stuck me. He talked about the "contamination" of most consumer supply chains by slaves, corruption, and catastrophic landfills at their end. The fact that this supply chain has gone global in the last decades makes its inspection a very hard problem because governments, most of the time corrupted in these countries, just don't care for global good. And when they're not corrupted they're just overwhelmed by the daunting size of the task. He then proceeded to explain how we can fix this broken system by using private contracts to ensure the quality of the whole supply chain. It's much more efficient for one big company to impose strict standards to its suppliers than to work with tens of government agencies along the chain. He's envisioning the beginning of a new way of regulation and human rights enforcement, using the power of our biggest private companies. Being a self-confessed cold cartesian, I like this approach very much because with a single intelligent strike it leads to huge, world-changing results. Repeat with the next bigco and within years every supplier will be forced by the market to be clean. 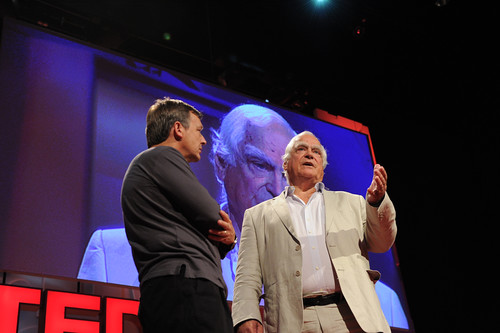 Finally Peter Eigen was introduced with great praise by Chris. He's the founder of Transparency International. He talked about geopolitics and how it's almost expected that in a such competitive global economy, some governments will fail. He estimates the sustained bribe economy worldwide to reach 1 trillion dollars each year. One. Trillion. Dollars. However good news may be that the time of the civilian society has finally arrived. His fight against corruption has led him to bring together NGOs, companies and governments to the table. Very impressive.